Maraschino cherries, booze-filled chocolate, mince pies, eggy drinks: British food is pretty awful at the best of times, but British Christmas food is enough to make a maggot weep. Only in England can a horrible thing like fruitcake make sense. It takes months to prepare, contains more booze than it does cake and it is so dry and sickly by the end of it all that you can barely class it as food. It’s like a petrified dog turd. With cinnamon. Why do you do this to yourselves? Is it there to remind you of how tough times were during the War? I once saw a gimp-footed pigeon picking at some street puke turn its nose up at a crumb of fruitcake.

Speaking of stodge, do you think there are enough potatoes on a Christmas table in England? Mashed, boiled, baked, deep-fried, roasted, scalloped, stuffed, julienned, powdered, pummeled, Dauphinoise, Florentine, bubble and squeaked…you may as well just take turns kicking each other in the colon. At my first English Christmas, I was surprised to cut into the turkey to find it wasn’t some sort of giant avian-shaped spud.

Afterwards, it’s no wonder someone suggests going out for a walk every few minutes; you have to work all that potato through you digestive tract somehow. But it’s not just any walk, is it? No, this is An English Holiday Walk Through The Country. Four hours of exercising your Right to Roam, clomping around in the pissing rain looking for the spot Charlotte Bronte’s horse once had a dump. We have a word for The Holiday Walk Through The Country in Canada – it’s called ‘trespassing’. I usually spend the entire time hiding my face in my jacket repeatedly asking; “Are you sure we’re allowed to be here? I think that farmer is armed.” England is the only place in the world where even walking is political.

The Christmas card exchange thing in this country winds me up as well. What a pointless exercise this is. Let’s stop calling them Christmas cards and start calling them what they really are: Bit Of Card With Impersonal Greeting Stamped By Some Factory Worker In China Bought To Appease Workplace Guilt. Every year I think to myself, right; maybe if I don’t say anything, people will forget to give out Christmas cards and we can just say ‘Merry Christmas’ to each other’s faces like civilised adults. But no. There always has to be some psychotic Christmas keener in admin who feels the need to send them around. Usually in mid-October and signed “Love Soandso”. Love! I’m sorry, but that is harassment. A quick call to HR will nip that filth in the bud. You cannot be too careful these days.

Having said that, I will take a card with ‘Love’ on it before I will accept an email stating that you’ve ‘donated your Christmas card money to charity’. Oh yes, you big hero, I’m sure Christian Aid will cherish that £3.50. You can hear an audible sigh ripple across the office as your workmates open that email. Everyone thinking the same thing; ‘Christ, why didn’t I think of that?’ This year, I’m going to send an email around that reads, ‘Sorry, I spent my Christmas card money on ball gags and therapy’. That oughta get them to leave me alone.

And why is British TV so depressing at this time of year? Being around the family for that long is excruciating enough, why compound the misery? Watching the EastEnders Christmas special and all those child abuse adverts, it’s all I can do to not to have a nervous breakdown. Do Barnardo’s and the NSPCC have some sort of competition to see who can produce the most offensive TV advert? ‘OK, Jimmy, In this scene we need you to cry – so what I need you to do is pretend Mummy is dead. No, not just dead, but decapitated. Can you do that Jimmy? Pretend mummy has no head? No, don’t start crying yet! Wait until the cameras are on, you unprofessional little shit.’

Last year, however, the most offensive ad didn’t come from Barnardos or NSPCC. It had nothing to do with child abuse at all. It came from Dogs Trust. ‘The dog you sponsor will write and send you photos!’ Oh wow, that is some amazing dog. Actually, here’s an idea, Dogs Trust; how about instead of the pound a week you’re asking for, I give you 20p and you can keep the condescending dog-tat, mmkay? Who are these people who actually think the dog is writing them letters? It’s 2011 for God’s sake – not even children are that stupid these days. If you are one of these parents who convinces your kids that the dog is actually writing letters, Barnardos should be doing an ad about you.

I look at an English Christmas not as a fun vacation, but more as a Christmas gauntlet. I feel like I’m running down a dark tunnel while my mother-in-law stuffs candied potatoes into my face as images of Phil Mitchell throwing children through plate glass windows and dogs taking photos of each other are flashed on the walls. If I make it through an English Christmas Gauntlet without smashing my TV, slitting my wrists or upchucking my spleen through my nose, I think I’ve done pretty well. 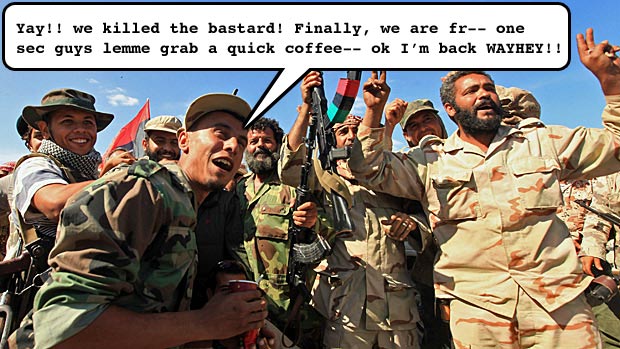