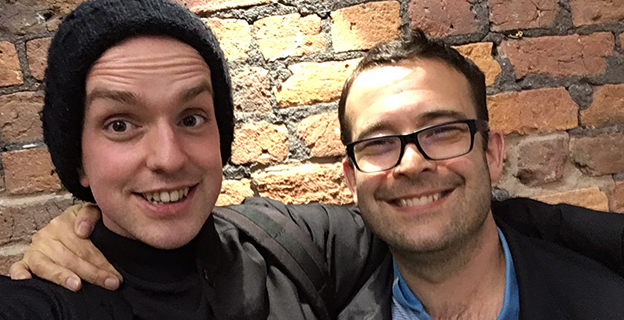 In this episode, Rob talks to the winner of the last ever Guardian First Book Award, Andrew McMillan, on “modern male anxieties” as the Guardian puts it, working out in gyms, writing poetry like Jon McGregor writes prose, Creative Writing MAs (again), Horror as a gateway drug (again), and what it’s like growing up Gay in Barnsley.

NOTE: This was recorded before the terrible homophobic nightclub shooting in Orlando, which is why we don’t talk about it in the interview and why I don’t mention it in the intro. But let me say something about it now: Fuck these terrorist shitbags.