What would the UK look like if John Cabot’s voyage went not from east to west across the Atlantic, but West to East?

Probably nothing like this but I was bored last night and hadn’t touched illustrator in awhile so I thought why not do a blog post that is bound to offend everyone who reads it? Apologies in advance. 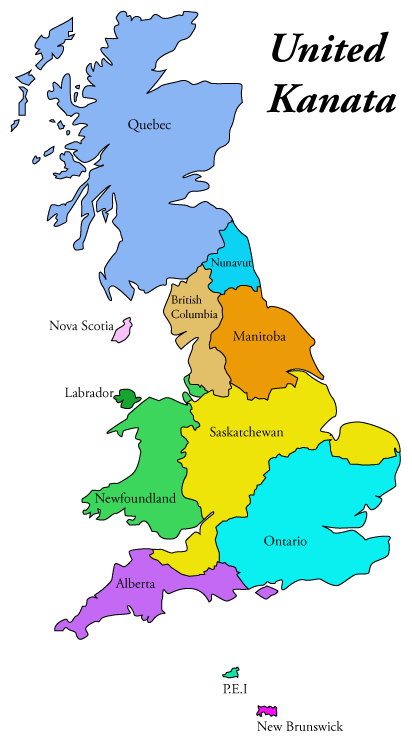 4 thoughts on “If Canada had colonised the UK”